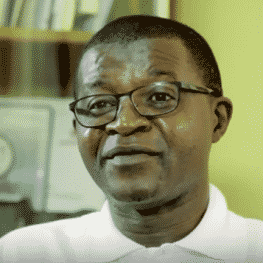 Kwame Larnyoh is the founder and CEO of Admincity Group of Companies. He has over twenty-five years experience in the telecommunications field. Kwame completed his tertiary education in France in the early 90s.

Kwame completed his tertiary education in France in the early 90s after which he remained in Europe where he worked in several multinational companies. He has lived and worked in several European countries including the United Kingdom, France, Germany, Holland, Czech Republic and Russia.

In 2004, Kwame founded Admincity in the UK and returned to his native Country Ghana in 2006 to incorporate same. Since then he has continued to grow the Admincity Group of Companies, making it one of the biggest names in Telecommunication services in the country. Admincity is synonymous with high quality. The company is recognized by some of the biggest names in the Telecom industry in Ghana and these include Ericsson, Huawei, Acatel Lucent, MTN, Airtel, Vodafone etc.

Kwame is most passionate about Ghana and Africa as a whole. He believes in developing Africa for future Africans.